HUNDREDS of junior runners are getting set for this year’s award-winning Admiral Swansea Bay 10k.

The starting gun has fired for entries for the hugely-popular junior races which feature different distances to the main adult’s event. 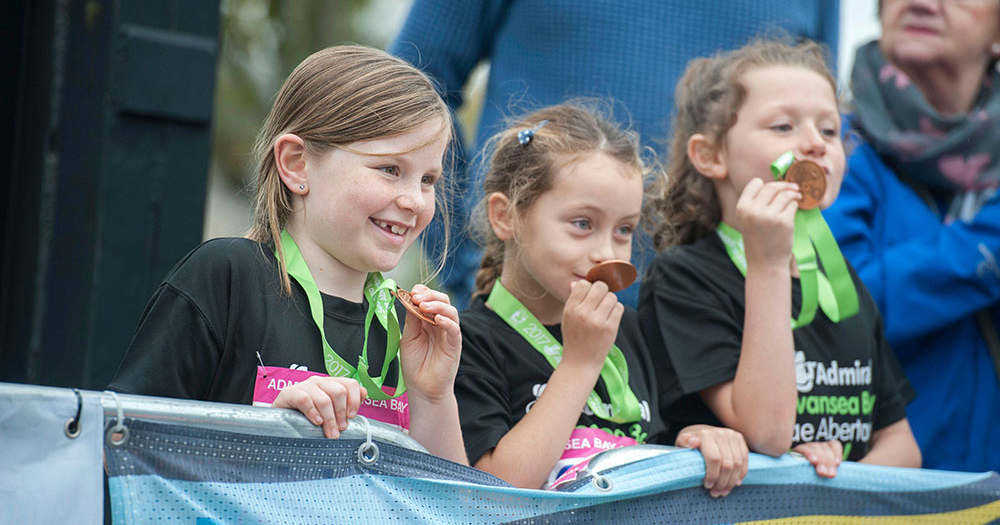 Youngsters putting their name forward by the end of August will receive a race t-shirt on top of the medal, certificate and goodie bag they get when they cross the finishing line.

Hundreds of people have already signed up for the main race and the junior event will challenge youngsters at the 1k, 3k or 5k distance depending on their age group.

Robert Francis-Davies, Cabinet Member for Innovation, Regeneration and Tourism, said: “The Admiral Swansea Bay 10k is one of the jewels in the city’s annual events crown and the crowds of young people who participate or just pop down to watch increases year on year.

“The Admiral Swansea Bay 10k was voted the Best 10k in Wales in the 2018 Running Awards – we’re proud of the title because it’s a poll of runners themselves so it says something about just how good the event is.

“The award proves it’s a hugely-popular event and whether you’re a junior or an adult runner, there’s still plenty of time to get some practice in before the big day on September 16.”

Electronic time recording means that competitors will find out quickly and easily whether their efforts were a personal best on a running-friendly course with some of the finest views anywhere in the country.

Whether it’s the  junior races or the main 10k you’re interested in, the deadline for entries is August 31, or when maximum capacity is reached if sooner – maximum capacity has been reached prior to the closing date in recent years so enter early to avoid disappointment.

For more information and to enter visit swanseabay10k.com