You are here: Home / 10k Blog / Admiral runners at the ready 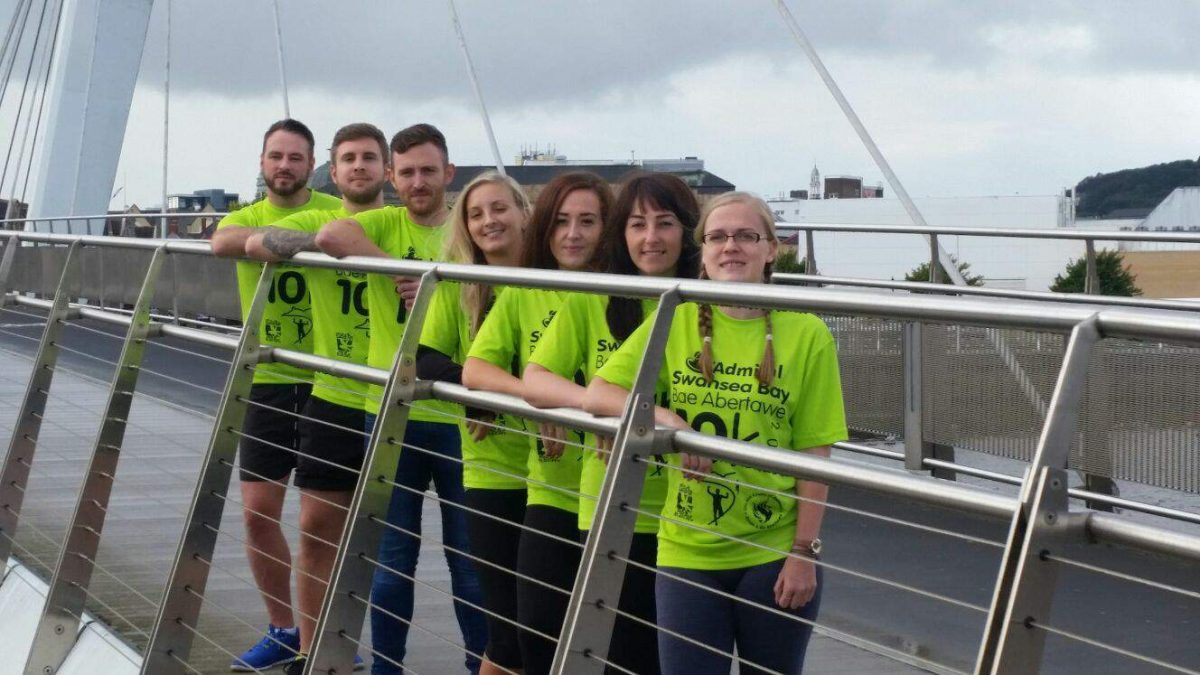 With the Sunday September 24 event now fast-approaching, over 200 staff from Admiral Group are busy making their final preparations before taking part.

They’ll be among thousands racing in the main event, with 1k, 3k and 5k races for juniors also taking place on the day.

Other fun includes a 100-metre mascot dash outside St Helen’s that starts about 10 minutes after the main race.

Ceri Assiratti, head of People Services at Admiral Group, said: “We’re delighted to be sponsoring the Admiral Swansea Bay 10k race and fun runs for the 12th year in a row. Supporting events in our local community is very much part of the culture of Admiral, so it’s great to be involved in an event like this that grows in popularity year on year.

“The number of our employees who have entered the 2017 race really highlights its importance to our staff and the local area. I’d like to take this opportunity, on behalf of everyone at Admiral, to wish all the runners the very best of luck.”

Cllr Robert Francis-Davies, Swansea Council’s Cabinet Member for Culture, Tourism and Major Projects, said: “Admiral Group have been the sponsor of the annual Swansea Bay 10k for a number of years, helping the event continually grow in stature and profile.

“Many of their staff will be among thousands taking part on the day as part of an event that’s been widely recognised as among the best of its kind in the UK.

“I’d encourage as many people as possible to line the route to give all participants the support they so thoroughly deserve, whether they’re top class athletes or fun runners raising money for charity.”