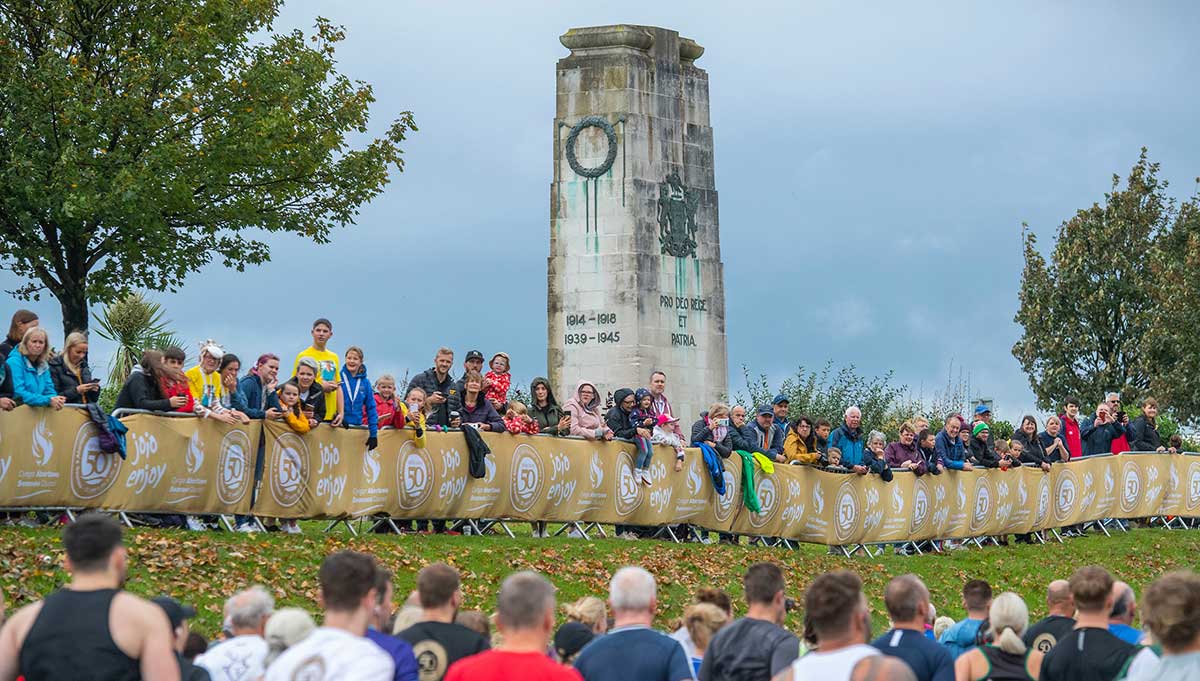 Runners were going for gold at this year’s Admiral Swansea Bay 10k. The event fully embraced the anniversary celebrations and gold was the predominant colour scheme for this year’s race with special commemorative race shirts and medals.

Mark Kennedy and Gayle Hughes from Bishopston were the lucky winners of our Swansea50 Golden Tickets draw.

As well as winning free entry to the race, Mark and Gayle also sported our special 1969 and 2019 numbered race bibs to commemorate the dates of the city’s 50th anniversary.

They joined thousands of runners for what is one of the top events of its kind in the UK, attracting fans and competitors from across the UK. The event was voted Best 10k in Wales in the 2019 Running Awards.

Cllr Robert Francis-Davies, Swansea Council’s cabinet member for investment, regeneration and tourism, said: “It was great to see our city host so many running enthusiasts at the weekend; another special way for Swansea to celebrate its first 50 years of city status.

“The Admiral Swansea Bay 10k has been recognised as one of the most runner-friendly courses with some of the most spectacular views anywhere in the UK – it’s is a celebration of our sporting culture.

“As well as the adult 10K race, the event hosts a junior 1K and 3K race and it is fantastic to see some young fun runners taking part in physical activity as well as identifying more competitive young runners of the future.”

Natasha Cockram, of the Micky Morris Racing Team was the first Welsh female 10k winner since the early 1980s.

Wheelchair race winner for the fourth year in a row was Richie Powell, of Disability Sport Wales.