You are here: Home / 10k Blog / Calling all bears, turtles, birds and more…

Cerebra, the Paul Popham Fund and Global’s Make Some Noise will be among the beneficiaries from the annual mascot race at the Admiral Swansea Bay 10k later this month.

Now, with just over a week to go until the big race, the mascots taking part have been in training for their 100-metre dash on Sunday September 16. 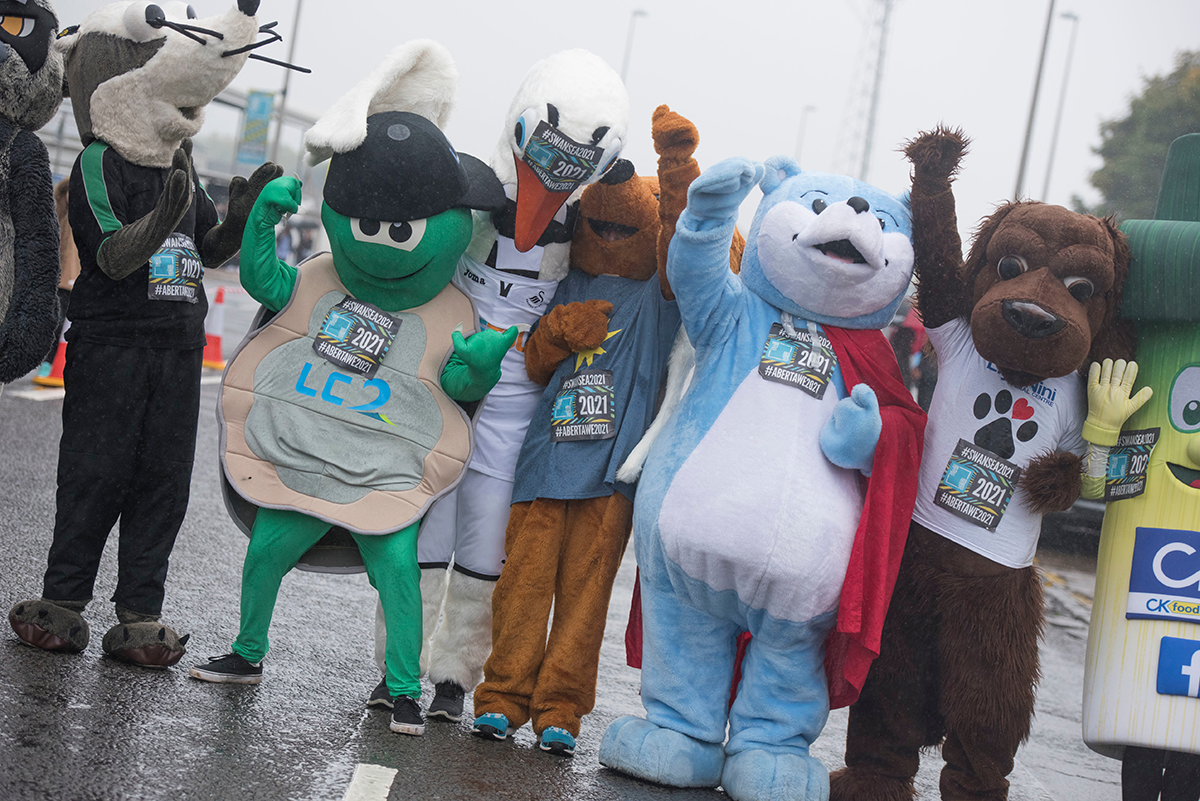 The 100-metre dash will start 10 minutes after the main race outside St Helen’s.

Some of the mascots taking part include Sparky from Cerebra, Tommy the turtle from the LC and Jagger from Heart FM, whose mascot outfit will be chosen by listeners over the coming weeks.

Swansea Council is behind the Admiral Swansea Bay 10k, which also includes 1k, 3k and 5k races for juniors.

Cllr Robert Francis-Davies, Cabinet Member for Innovation, Regeneration and Tourism, said: “The Admiral Swansea Bay 10k isn’t just a terrific event to take part in – it’s also a great event for spectators, with thousands of people lining the sweep of Swansea Bay to watch their friends and loved ones race.

“Over the years, the mascot race has become a key part of the event, giving lots of entertainment for onlookers while also helping raise funds for so many worthwhile charities. It adds a fun element to a family-friendly event that meets the needs of elite athletes, charity fundraisers and people looking to conquer their personal fitness challenges.”

Any group, charity, organisation or company that would like their mascot to take part in the 100-metre dash and be in with a chance of winning the £100 on offer for the winning mascot should contact Lindsay Sleeman on lindsay.sleeman@swansea.gov.uk or 01792 635428.

Spectators are welcome from 10am – Junior Races will take place from 10.45am-12noon and the main 10k race will start at 1pm.